Why is Accountable2You no longer on the Google Play Store? 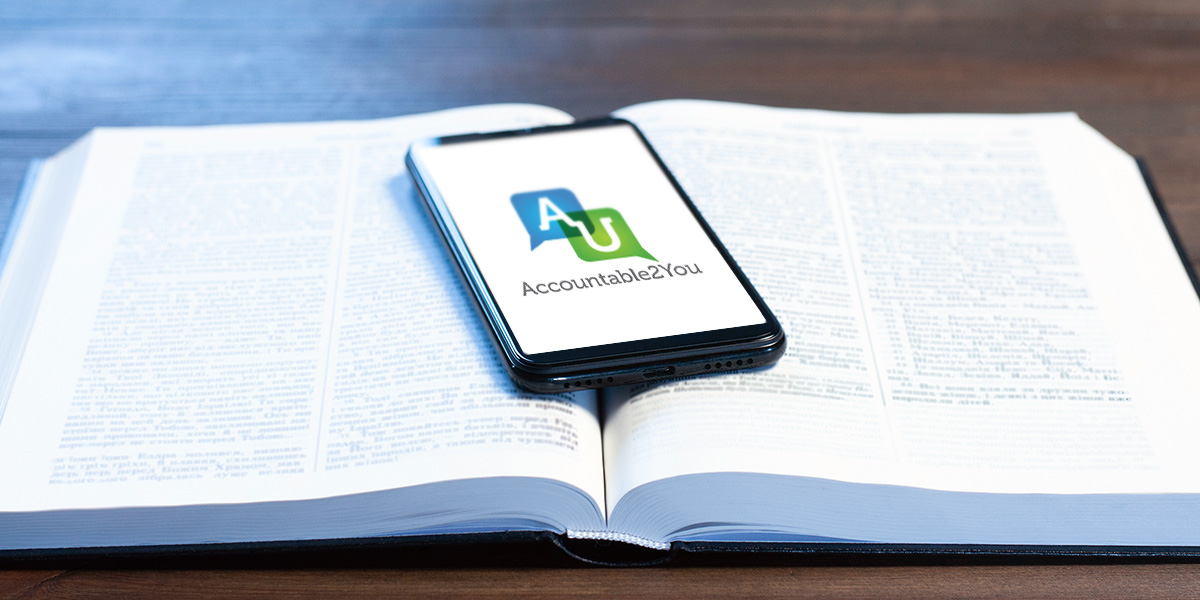 Good news! You can still continue using Accountable2You on Android using a direct download of the app available from our website.

Blessed are you when people insult you and persecute you, and falsely say all kinds of evil against you because of Me.

Last Wednesday (September 21, 2022), we received notice that Google had suspended the Accountable2You app from the Google Play Store.

I expected something like this would eventually happen, but not because of any wrongdoing on our part. When you serve the Lord and take a strong biblical stand against sin, you can expect that trials and persecution will come your way—as was indeed the case here.

Singled out for our stand against sin

On Thursday, September 22, WIRED published an article titled “The Ungodly Surveillance of Anti-Porn ‘Shameware’ Apps.” The article focused on individuals who view accountability apps as surveillance software for policing sinful behavior. Some of these individuals felt forced to share their device activity with leadership in their church.

As leading providers of accountability software, Accountable2You and Covenant Eyes both see how pornography use is absolutely destroying families and wreaking havoc in the church and society as a whole. At Accountable2You we believe pornography is a grievous sin against a holy God and want to help people live in freedom from its destructive power.

Our software provides an easy way for willing individuals to be transparent on their devices by sharing their activity reports with a trusted accountability partner.

Accountable2You markets our services to individuals, families, and the church. We have a group plan that is designed for a church to share a discount with their members. By design, the pastor and church leadership do not see any member's activity. Members can share their activity with whomever they choose or not at all—and we do not encourage pastors to receive accountability reports from their congregants.

At the time of publishing this article, only Accountable2You and Covenant Eyes were removed from the Google Play Store. All other accountability apps remain available on the store.

And this is the judgment, that the Light has come into the world, and men loved the darkness rather than the Light, for their deeds were evil.

Why did Google suspend our app?

According to the official email we received, Google suspended the Accountable2You app for a violation of the Play Store’s malware policy. The email is unclear about how our app violated this policy, but it seems most likely that the section on “Stalkerware” in Google’s malware policy is where they chose to take issue with our app.

Stalkerware, also known as spouseware, is when a third party uses an app to monitor a user’s data, usually without their knowledge or consent. Basically, the user of the device is forced to share their data with a third party. If you’re thinking of spyware, then you’re correct!

Accountable2You does not support, endorse, or allow this use of our service as defined in our terms and conditions.

Unlike stalkerware, an accountability app like Accountable2You is designed for a device user to willfully share—or not share—their usage data with a third party to help achieve the goals they have for their device. Accountability has long been used by people who want to change a habit or build new, healthier habits.

Thousands of happy customers daily use Accountable2You to boost their willpower so they can better use their devices with purity and integrity.

Though not mentioned in the official suspension notice, the WIRED article quotes a representative from Google indicating that our app was improperly using their accessibility services.

To function in our mission of providing accountability for the device owner, we use the AccessibilityServices API as allowed for by Google. The AccessibilityServices API can be used for many different things aside from helping people with disabilities. We have been listed on the Play Store for many years and have fully complied with all requirements and met all the regulations regarding Google’s User Data policies, including their upcoming policy changes.

We take privacy seriously at Accountable2You. All information captured by Accountable2You is shown on the user’s reports. We do not filter or hide any user’s data.

Additionally, on Android (and several other platforms as well) our app allows users to select which apps they want to have monitored or unmonitored. For example, banking apps or any other app with sensitive personal data can easily be set as unmonitored. Of course, making changes to this list will alert any accountability partners the user has invited.

How does this impact us and our customers?

As of the writing of this statement, we are appealing the decision to suspend our app. We are awaiting the answer from Google.

Undoubtedly, being removed from the Play Store will make biblical accountability much harder to find for many of our brothers and sisters who are seeking transparency on their devices for their own integrity and purity.

That said, Accountable2You has a standalone app that you can download from our website in place of the Google Play Store version. This app maintains our firm commitment to the privacy and security of the device owner, and gives full disclosure to the device owner informing them their device is being monitored. We have used our standalone app for many years for users who do not have the Play Store on their device, and it works just as well as our Play Store app.

What is biblical accountability?

To me, this attempt to slander our work at Accountable2You is evidence that we are in a spiritual battle, and our enemy, the devil, is real and active. In response, I would like to clearly summarize what we believe about biblical accountability.

Pornography is sin against a holy God

At Accountable2You we build our entire platform on scriptural principles. Our key scripture is:

“Now flee from youthful lusts and pursue righteousness, faith, love, and peace, with those who call on the Lord from a pure heart.” (2 Timothy 2:22)

We are all accountable to God. We must all examine ourselves to see if we are in the faith (2 Corinthians 13:5). Having repented of sin and been reconciled to God through Christ, we must fight against sin that is entrenched in our lives.

According to Jesus, the Christ, looking at a woman with lust is tantamount to committing adultery (Matthew 5:28). As a Christian, willfully consuming pornography is a sin that you can and must have complete victory over.

“But sexual immorality [Greek: porneia] or any impurity or greed must not even be named among you, as is proper among saints; nor filthiness and foolish talk, or coarse jesting, which are not fitting, but rather giving of thanks.” (Ephesians 5: 3-4)

Lasting freedom is possible in Christ

The pathway to healing from pornography (as every other sin) begins with repentance. Confess and forsake your sin and receive God’s promised forgiveness (1 John 1:9). Lasting freedom, true peace, and restored trust are all found in Christ. Being found in Christ is the first step to any lasting change.

Run from sin—to Christ! These are the first two elements of living in freedom, as the Apostle Paul counseled young Timothy:

But don’t stop there, or you will find yourself back in the same pit before long. The rest of 2 Timothy 2:22 shares the final element of freedom, which is essential along with the first two:

“… with those who call on the Lord from a pure heart.”

Defeating temptation alone is nearly impossible. But all the seductions of the world, the flesh, and the devil have a significant weakness: accountability is the Achilles’ heel of temptation.

Sin thrives in secrecy, dies in the light

Sin thrives in secrecy, in isolation and darkness. Solomon said, "He who separates himself seeks his own desire. He breaks out in dispute against all sound wisdom." (Proverbs 18:1). That’s why Scripture so often commands us to drag our sins into the light, exposing our actions to other believers so we can find healing:

“And do not participate in the unfruitful works of darkness, but instead even expose them.” (Ephesians 5:11)

“Therefore, confess your sins to one another, and pray for one another so that you may be healed.” (James 5:16)

“He who conceals his transgressions will not prosper, But he who confesses and forsakes them will receive compassion.” (Proverbs 28:13)

Choose transparency on all your devices

Being accountable for your digital decisions takes the power out of temptations online. And transparency—being open and honest about your choices—is an important part of any accountability relationship. Unfortunately, smartphones and computers make it easy to conceal your behavior.

Choosing transparency isn’t easy by default, so we created Accountable2You. Our accountability software securely monitors all your devices and shares comprehensive activity reports with your chosen accountability partners, helping you live with purity and integrity.

Accountability software often carries the negative stigma that only those struggling with sin issues need accountability. The truth is that we all struggle with sin, and unmonitored devices make us especially vulnerable. Accountability software should be something we all embrace as a way of keeping ourselves transparent and guarded against temptations that can so easily beset us. It should be something we eagerly seek to uphold purity in our life.

Despite this attack, we will continue to build software that makes transparency easy for the device owner. We will continue to call out sin and promote educational resources that will edify the body of Christ.